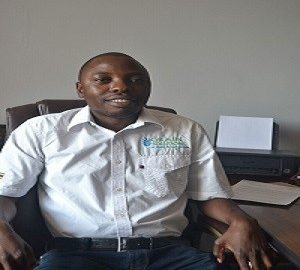 Titus is into agricultural value chain business focusing on procurement of maize grain which he suppliers to Delta Beverages Ltd and National Foods Company. Upon getting an order to supply 2,000 tonnes of maize, Titus began the loan application process in July and was declined twice due to lack of collateral.

This did not dampen his spirit, instead he reapplied and was able to provide cash cover through his debtors to cover the loan amount. He eventually received the loan amount at the end of September 2016. Before receiving training his business was making an average net profit of $800/month. The entrepreneurship and business management training received under JAZ and Z:W partnership assisted Titus to explore new markets and will see his business expanding. The capital injection through the loan received from Steward Bank is likely to increase his net income to $2,000/month. So far the business has managed to recruit two additional new employees